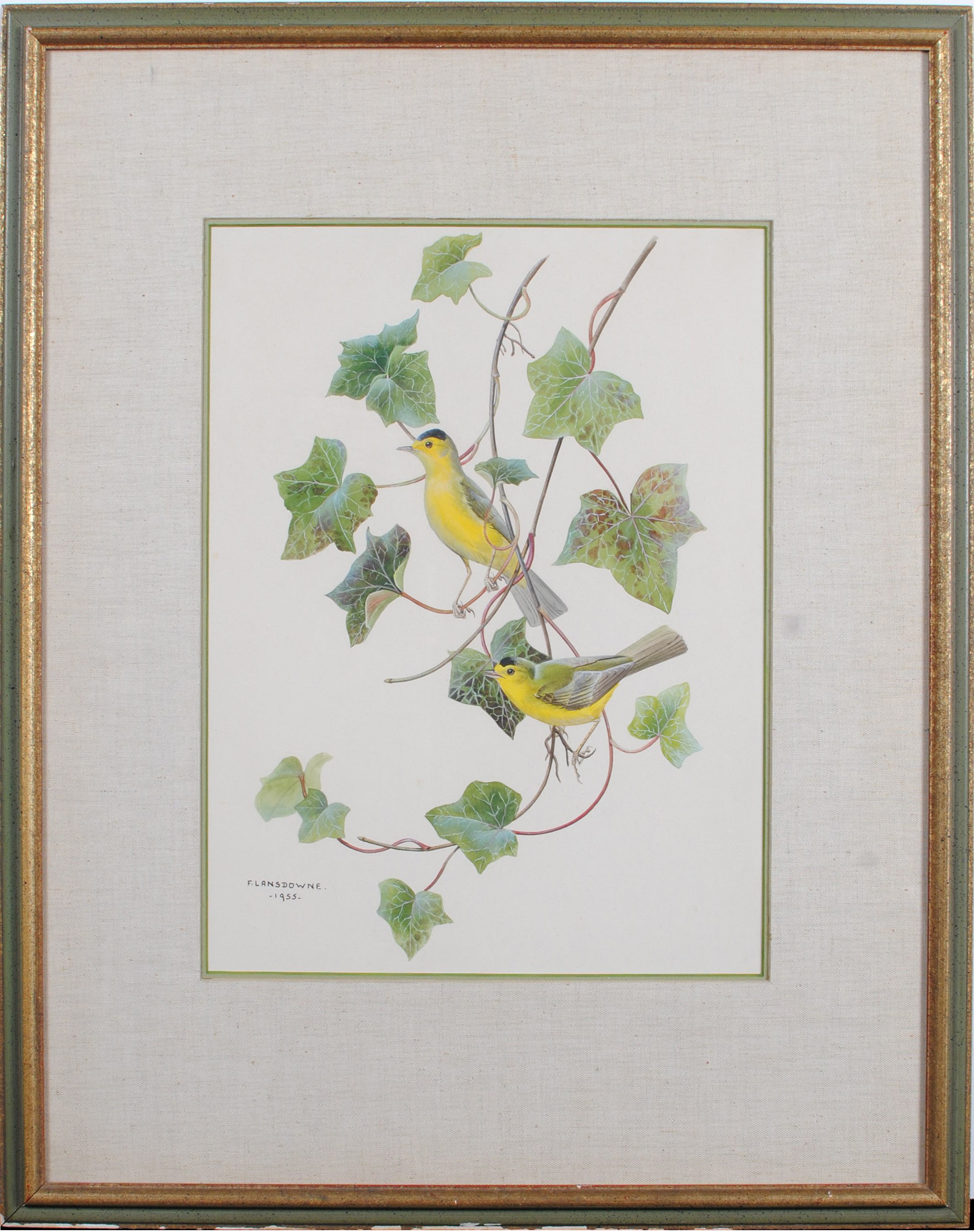 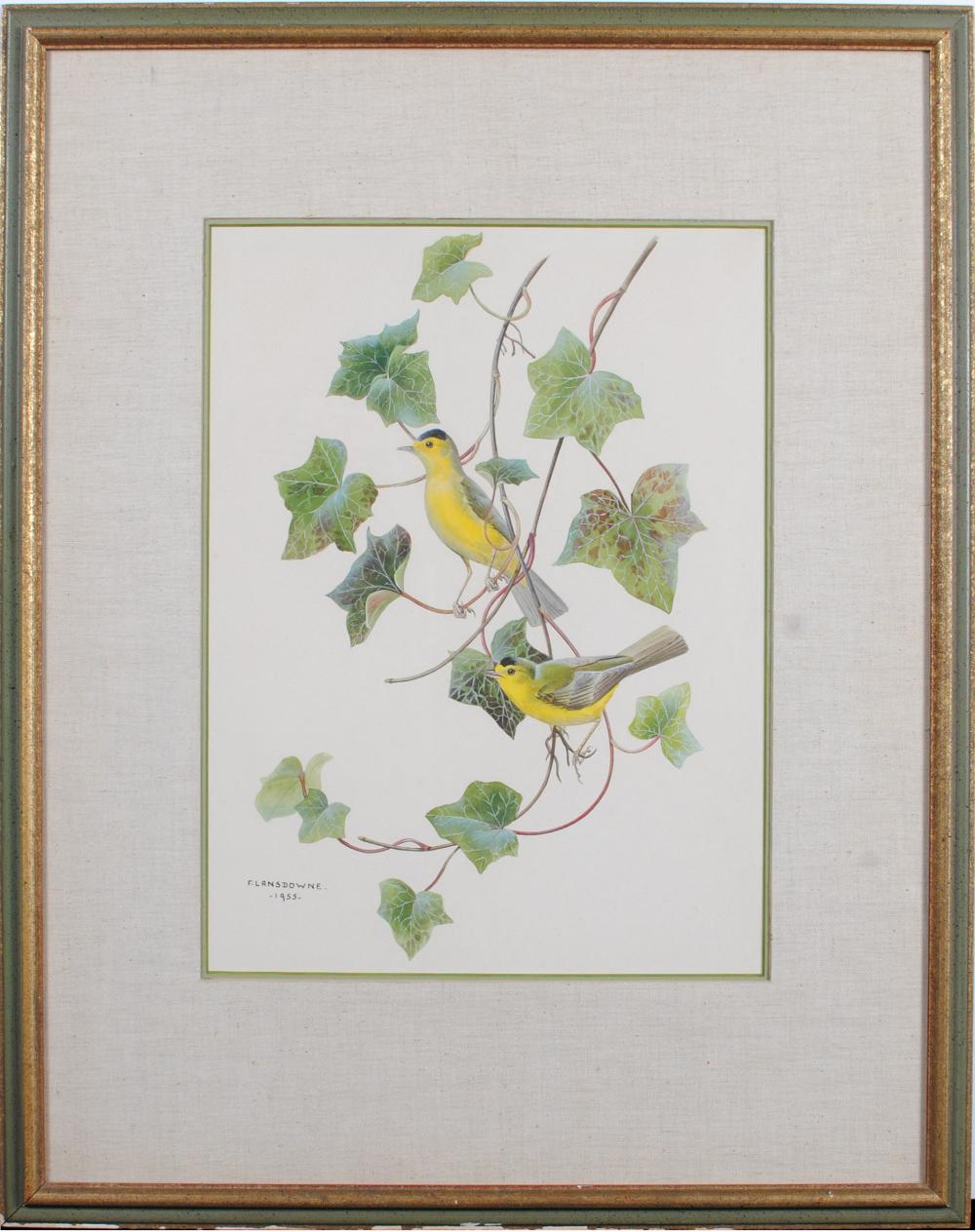 Fenwick Lansdowne's "Goldfinches" original gouache and coloured pencil painting, signed and dated from 1955. This is a beautiful goldfinch perched on a branch of a leaf. This has been custom framed, and double matted under glass. Assessed at $5,500 CAN.
James Fenwick Lansdowne, (1937  2008) was a self-taught Canadian wildlife artist. Lansdowne was born in Hong Kong and grew up in Victoria, British Columbia. His first show was at the Royal Ontario Museum in 1956.
Lansdowne's detailed watercolours of birds are similar in style to the work of John James Audubon - often featuring a specific species against a largely white background - but his subjects tend to display a greater lifelike quality and more natural postures than Audubon's.
His work has been presented to members of the British Royal Family by the Government of Canada. In 1976, Lansdowne was made an Officer of the Order of Canada. In 1995, he was awarded the Order of British Columbia. In 1974, he was elected a member of the Royal Canadian Academy of Arts.