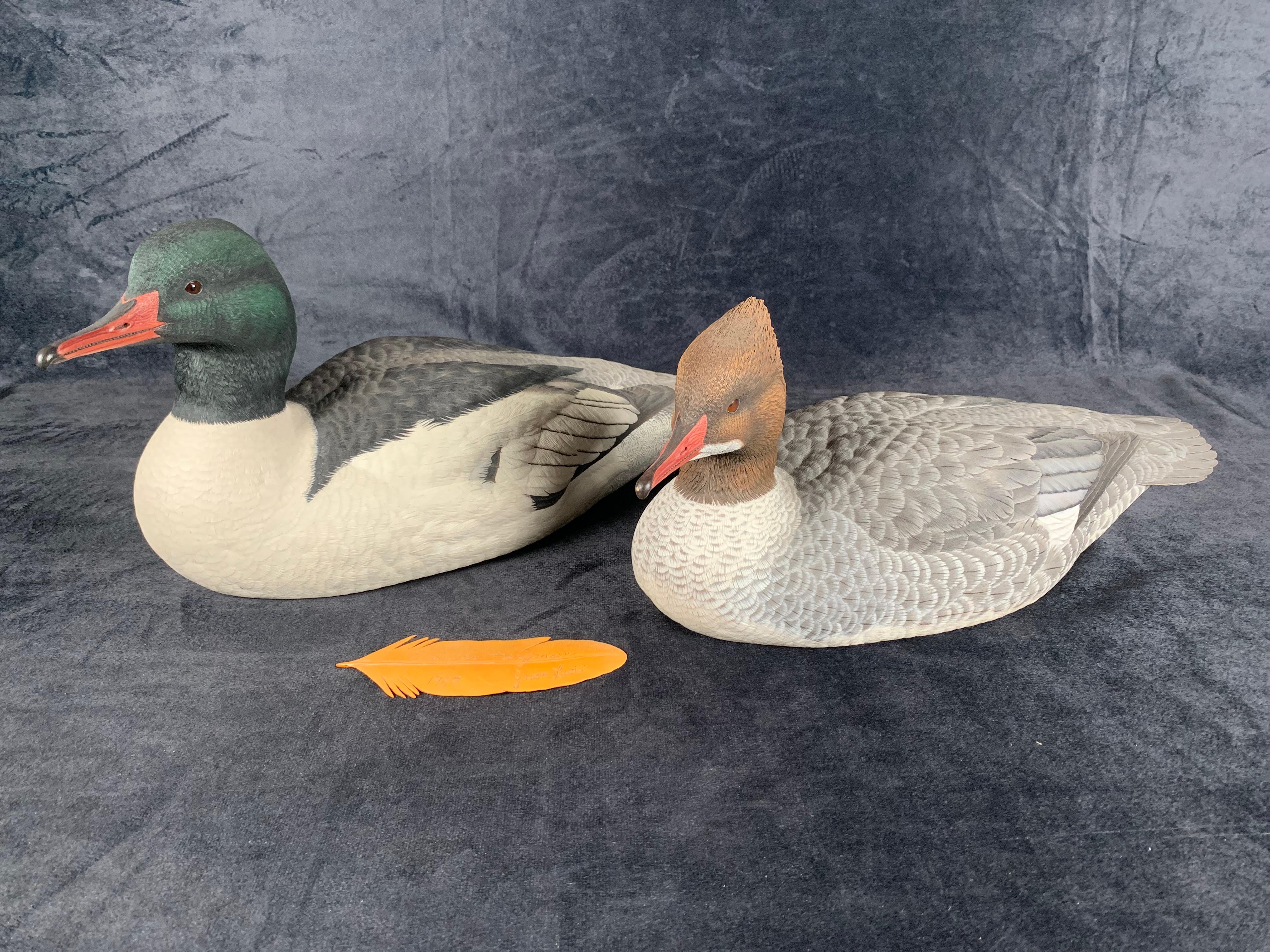 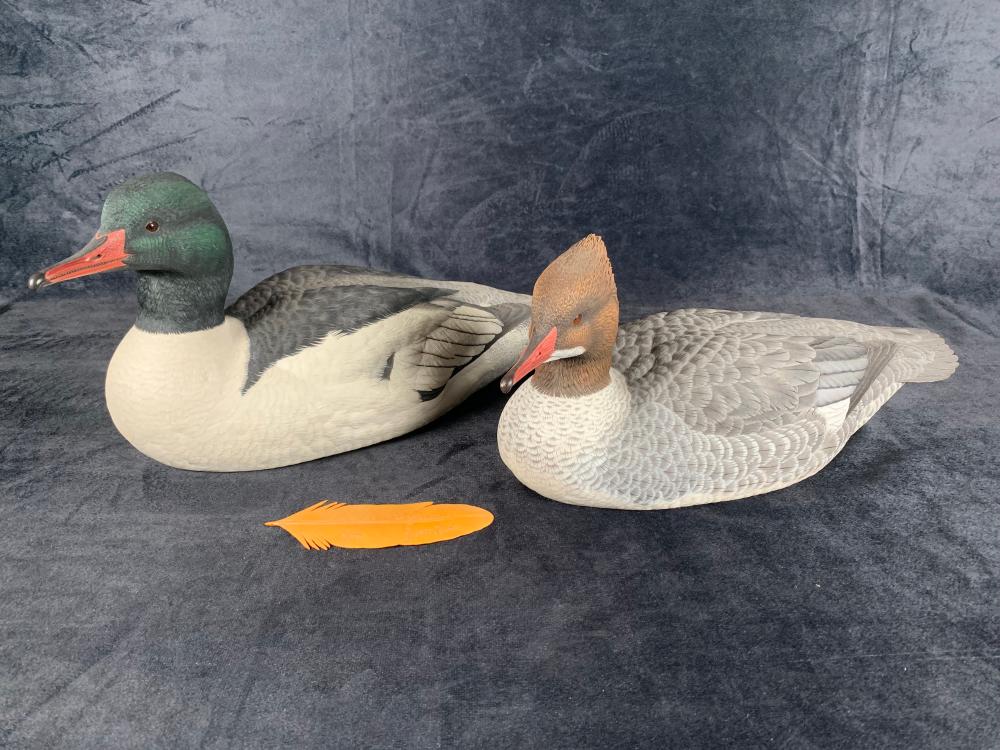 Jason Lucio's "Mergansers" original hand carved and painted duck decoy pair. This is an exceptional pair of pair, worthy of the finest collection. The intricacies, detailing, and craftmanship that have gone into these, is second to none. This is the pair that won 2nd place in the World Championships in 1989 for decorative decoy pairs.
Born in 1970, Jason has been carving since the young age of 14 when his carvings consisted mainly of waterfowl. Now a two time World Champion carver his work has expanded to include all order of birds. Owls, shorebirds, songbirds, hawks and herons have all been subjects of his work.
Jason has a great interest in the birds he carves and enjoys studying and observing them in their natural habitat. Out in the marsh, deep in the woods or wandering grassy fields are just some of the places where Jason can be found gathering reference and inspiration for a new carving. His research also consists of utilizing books, magazines, aviaries or reference skins from museums.
Through the years Jason's work has received many top honors at shows in Canada and the U.S. His two World Championship wins in the decorative decoy pairs competition in 2003 and 2004 are his most prestigious. He has also won "2nd Best in World" in decorative decoy pairs in 1989 1994 & 2002 and "3rd Best in World" in decorative life size wildfowl in 2005. Other top awards include "Best of Show" honors at the 2001 and 2002, North American Carving Championships in Livonia MI; "Best of Show" at the North American Shorebird Carving Competition in 1996, 1999, 2000 and 2002 in Stone Harbor NJ; 1998 "Best in Gulf South" Championship title in New Orleans LA; Best of Show Master class, Canada Woodcarving Championship Hamilton ON. Many other ‘Best of Shows’ at the Central Ontario Carving Championship in Kitchener ON, The Canadian Wildlife Carving Championships in Midland ON and the Upper Canada Woodcarving Championships in Woodstock ON.